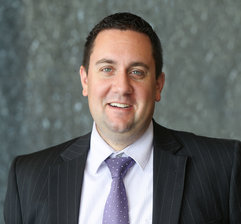 Michael David Milstein is a lifelong Marylander; he grew up in Olney, Maryland, and also lived in College Park and Baltimore City before settling down in Howard County with his wife and two daughters in the community of Maple Lawn. Michael earned his B.A. in Economics from the University of Maryland in 2006. While at the University of Maryland, he also earned a citation from the CIVICUS program, was a member of the Discovery Research Program, and participated in intramural basketball and football. Michael graduated from The University of Baltimore School of Law in 2009. He was a member of the Mock Trial, Moot Court, and Negotiation Teams and interned for several State and Federal agencies, including the Montgomery County State’s Attorney’s Office, the Securities and Exchange Commission, and the U.S. Attorney’s Office.

Michael was also fortunate enough to intern for two federal judges: Chief Bankruptcy Judge Duncan W. Keir and Federal District Judge (now 4th Circuit Judge) Andre M. Davis. Michael’s greatest joy is spending time with his family; his wonderful wife Tami, his two beautiful daughters Leah Michelle and Sadie Olivia, and his son, Matthew Stone. He is also a dedicated Orioles, Redskins, Wizards, and Terps fan, a coach for the Mock Trial Team at River Hill High School is in the process of learning Spanish, and goes to Ocean City every chance he gets.

After graduating from law school, Michael worked as a law clerk for the Honorable Timothy J. McCrone, Circuit Court Judge for Howard County, Maryland. During his clerkship, Michael reviewed and observed all motions and trials before Judge McCrone. The vast majority of cases were domestic or criminal in nature; however, guardianship, breach of contract, personal injury, and medical malpractice matters were regularly before the Court.

Like the other attorneys at SIEGELLAW, Michael is trained a litigator, and, while his work is heavily based in family law, he handles a wide range of litigation matters from personal injury to breach of contract to criminal. Michael, however, has dedicated a portion of his practice to two niche areas: guardianship litigation and collaborative divorce cases.