How Is My TSP Affected During My Divorce? 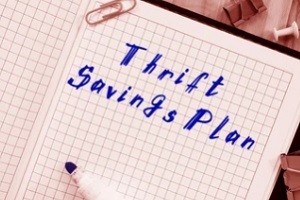 A thrift savings plan (TSP) is a type of retirement investment program available to federal employees and members of the uniformed services. This defined contribution plan offers federal workers many of the same benefits that are available to employees in the private sector.

A TSP is a tax-deferred retirement plan that offers many of the same tax benefits offered by private corporations to their employees under 401(k) plans. When contributing to a TSP account, account holders can choose between a traditional tax treatment or a Roth option. These funds may also be put into various investment options, such as a government securities investment fund, a fixed-income index investment fund, or a common stock index investment fund.

When starting the divorce process, it is normal to be concerned about how a TSP may be affected. Learn more about how a TSP is impacted during a divorce and how divorcees can protect their interests.

How A TSP Is Affected During A Divorce

Many different types of assets and property can be divided via a court order during a divorce, including a TSP. Most retirement accounts are seen as marital property, meaning they are viewed as jointly owned from marriage to separation.

There are two main ways that TSPs are divided. First, it could be divided with a Retirement Benefits Court Order (RBCO). This could be a decree of divorce, annulment, or legal separation. Second, a TSP can also be divided by means of a court-approved property settlement agreement.

TSPs do not automatically follow qualified domestic relations orders (QDROs) issued by the court. QDROs are typically used for retirement plans in the private sector, which are covered by the Employee Retirement Income Security Act of 1974 (ERISA).

Most government retirement plans, such as TSP, CSRS, and FERS, are covered by Title 5 of the United States Code. Although a QDRO could be submitted to a TSP, the Federal Retirement Thrift Investment Board, an independent agency, would need to evaluate it in accordance with TSP’s own rules, as well as Title 5. The QDRO will not be honored if it is not in compliance with these regulations.

During a divorce, it is common for a judge to issue a court order to place a freeze on a TSP account. While frozen, no loans or withdrawals are to be made from the account until the court has finalized the divorce. If there are outstanding loan balances, they will be added to the account balance when the former spouse’s award is calculated unless excluded from the court order. A separate court order may be needed to allow the TSP to deliver the former spouse the payment awarded in the divorce decree. 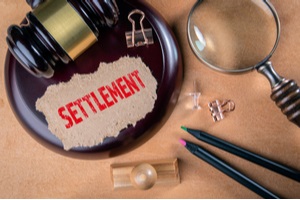 The property settlement agreement (if applicable) or the divorce decree will detail how the TSP will be divided. Take note of the terms in the decree as it may award a percentage of the total balance or just the amount accumulated during the marriage. A former spouse may be awarded a larger amount if the decree provides a portion of the total balance.

A former spouse can generally be entitled to up to 50 percent of the marital share of the TSP in a divorce. Marital share refers to the length of time that the employee was making contributions to the pension after marriage. Couples that are willing to communicate can often come up with a different solution if one spouse wants to keep their TSP. In exchange, the other spouse may receive something of equal value.

Request A Consultation With A Maryland Divorce Attorney

When a divorce involves a TSP, it is always in a person’s best interest to speak with an experienced attorney as early as possible. Navigating the divorce process can be difficult without a full understanding of your rights. To learn more about how your TSP is affected during a divorce or to schedule a consultation with an experienced divorce attorney, contact SIEGELLAW.