How To Protect Your Inheritance From A Divorce

Receiving an inheritance from a loved one can be a financial blessing. However, it can also be a cause for concern if the individual with the inheritance is going through a divorce but has mixed the inherited moneys with marital moneys. During a typical divorce, all marital assets are divided equitably between the two spouses. However, inheritances are generally not subject to equitable distribution, as they are not considered marital property. Instead, divorce courts view inheritances as separate property that belongs to the sole recipient of the inheritance. It is important to protect any inheritance from a divorce.

Which Spouse Owns The Inherited Assets? 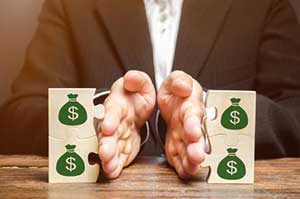 In most cases, an inheritance is intended for one person. This essentially makes the inheritance the sole property of that individual. If estate documents show evidence that both spouses were meant to benefit from the inheritance, the assets may be considered joint property by a divorce court.

Even if one spouse has sole title to the inherited assets, some of the assets could be lost if integrated into a tangible method with joint property during the marriage. This joining of assets is called commingling. Some examples of commingling assets include a wife depositing her inheritance check into a joint checking account or a husband adding his wife to the title of his old family home that Aunt Molly left to him. In fact, there are both forms of intentional and accidental commingling of assets.

Steps To Take To Protect Your Inheritance 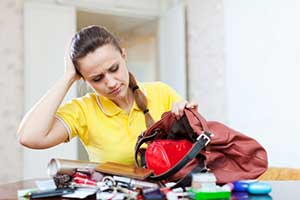 This may include a copy of the deceased’s will or estate documents. This evidence can then be used in court as a reliable source of evidence.

Do Not Use Inheritance To Pay Off Joint Debt

Using an inheritance to pay for certain joint purchases, such as household expenses or debt, would be considered marital expenses. To protect an inheritance from becoming commingling assets, keep it separate from joint assets and don’t use it to pay for joint expenses or pay off joint debt.

Reach Out To An Experienced Family Law Firm

It is normal to have concerns about how an inheritance would be handled in the event of a divorce or while going through divorce proceedings. Although an inheritance intended for one spouse is usually viewed as separate property, there are certain scenarios in which a court may choose to divide some or all of the assets within the inheritance.

To learn more about the best ways to protect an inheritance from a divorce or to speak with a reputable family law firm, contact the legal professionals at SIEGELLAW by calling (410) 792-2300 or by requesting a consultation online.