Men’s Rights During A Divorce 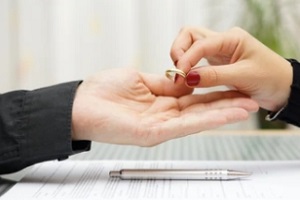 It is a common misconception that men do not have the same rights as women when it comes to a divorce. In modern society, men and women are treated equally and must abide by the same laws. However, it is important for men to remember that their actions and behavior during divorce proceedings can impact the outcome.

Navigating divorce law can be difficult, especially when it comes to topics like alimony and child custody. When starting the divorce process, men should be aware of their rights to gain a clearer picture of where they stand. Here is a look at some of these rights and what every man should know when it comes to divorce in the United States.

Neither Party Can Deny A Divorce

Many people still believe that if one spouse does not want a divorce, they do not have to proceed with the process. Before 1970, this scenario was possible as one spouse could refuse to sign the divorce papers.

Today, neither spouse can deny a divorce due to a concept known as a “no-fault” divorce. A no-fault divorce is a divorce without grounds or a legally acceptable reason. In Maryland, there are two “no-fault” grounds for divorce, including:

Men Are Not Required To Move Out

When a couple starts the divorce process, it is common for one person to move out while the other continues living in the family home. Often, the man in the relationship moves as many people believe that the woman should remain in the home with the kids.

In reality, a man is not obligated to leave the home if he wishes to stay. Until there is a court order that requires him to move, either spouse has the right to continue living at home while the divorce plays out. Continuing to live together can also be cost-effective as moving out may mean supporting two households.

Child custody can be a tricky and emotional topic that many parents struggle with early on in the divorce process. Many fathers fear that they will lose their children because they think that the court will give the mother full rights; however, this is usually not the case.

While moms were favored in child custody cases in decades past, the modern court system promotes equality between both parents whenever possible. This usually means that parents receive partial custody in an arrangement that works for both parties. For example, the mom may have the kids during the week and the father on weekends.

Both Parties Have the Right to Claim Alimony 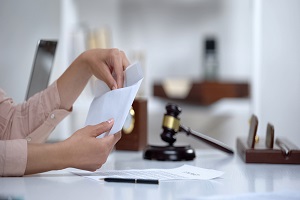 Alimony is most commonly associated with wives, but men too can claim alimony in a divorce. Alimony, also referred to as spousal support, refers to court-ordered payments awarded to a spouse as a means to provide financial support to the party with a lower income. The idea behind these “maintenance” payments is to ensure that the lower-earning spouse has a similar standard of living that was enjoyed during the marriage.

Alimony is usually awarded to spouses of long-term marriages, for example, a marriage of ten years or more. Refusal to pay alimony or not keeping up to date with payments can result in a civil or criminal charge for the payer.

Men Are Not Necessarily Judged Over Misdeeds

Divorces can be messy and some spouses may bring up topics to gain sympathy from a judge. It is important to know that certain misdeeds that occurred during a marriage, such as adultery, will not cause a spouse to lose everything. Today, courts do not generally judge a person’s conduct during marriage in relation to who receives what.

In addition, fathers will not lose visitation rights over minor issues. Being late to pick up a child from school or forgetting about a single child support payment will not cause a father to lose rights to his child. There are, however, some activities that can put a father in a bad light, such as drug abuse, violence, or sexual misconduct.

Speak With a Maryland Divorce Attorney

Divorce can be a financially and emotionally draining journey that requires men to know their rights and responsibilities. To learn more about men’s rights during a divorce, reach out to the Maryland family law attorneys at SIEGELLAW online or by calling (410) 792-2300.