What Are Considered Marital Assets in Maryland? 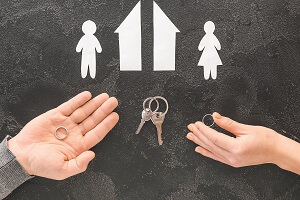 In the state of Maryland, all of the property that is acquired during a marriage is generally considered to be marital property. There are a few exceptions; here is a closer look at defining marital assets in Maryland and how property is divided when a couple gets a divorce.

Any type of property that was obtained while the couple was married can be considered marital property, regardless of which spouse paid for it. An exception is made for the property that one spouse receives as a gift or an inheritance from a third party, as well as property that is excluded by a legal agreement such a prenuptial agreement.

Title papers alone do not determine whether a particular property is marital or nonmarital. The courts may order the sale of any jointly titled personal or real property for the proceeds to be divided, but it cannot transfer the title ownership of a property, except for retirement and pension accounts.

Some common examples of nonmarital property include one spouse’s premarital home, family heirlooms that were inherited by one of the spouses during the marriage, an ownership interest in the family business of one spouse, and the portion of retirement accounts that were invested prior to the marriage. 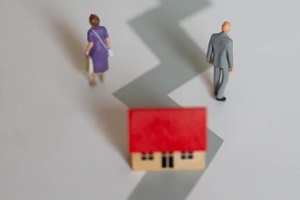 Property that was acquired by the couple while they were living together before getting married will not be considered marital property. In a divorce, if a spouse wishes to claim that a particular item is theirs and theirs alone, they must be able to prove that the property belongs to them.

Note that nonmarital property enjoys protection from the debts of the other spouse. Moreover, each spouse has the right to dispose of the property of which they are the sole owner.

Spouses can make contracts, file lawsuits, engage in business or be sued in their own name while they are married. A spouse cannot be held liable for contracts that were made by the other spouse or for debts the other spouse acquired before they were married.

Division of Nonmarital and Marital Assets in Maryland Divorces

Maryland is considered an equitable distribution state. This means that the court is not required to divide property equally in a 50/50 split between spouses. Instead, it divides property in a manner that the court believes is fair.

Although this may result in each spouse ending up with half of the marital property, that is not always the case as there are other considerations that are factored in. These include what each spouse contributed to the well-being of the family both financially and in other respects, as well as the length of the marriage, each spouse’s economic circumstances, how specific assets were acquired, and the physical and mental condition and age of each spouse.

In most cases, nothing happens to nonmarital property in a divorce. It simply remains the property of the spouse who owns it. However, it is worth noting that Maryland courts consider all of the financial resources and circumstances of each spouse, including nonmarital property, when deciding on monetary awards and alimony.

Should the court order one of the spouses to pay the other a monetary award, there is nothing stopping the receiving spouse from attempting to collect it by pursuing nonmarital property. 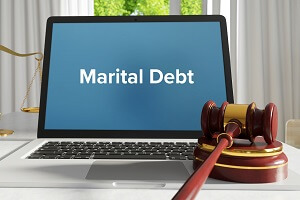 Some divorces may also involve debt. Debt is considered marital if it is directly traceable to the couple’s acquisition of a type of marital property.

For example, when married couples purchase a home together and use a joint bank account for the down payment and mortgage payments, that mortgage is considered a marital debt and must be divided in the same equitable manner that marital property is divided by the court.

Ensure Your Assets are Protected in a Maryland Divorce

The division of marital assets in Maryland after a divorce can be complicated, and you need experienced professionals on your side to guide you through the process.

At SIEGELLAW, our experienced Maryland family law attorneys can help you ensure your assets and rights are protected.