What Is Contempt Of Court In Family Law? 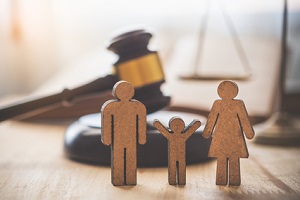 Family law cases concerning child custody, spousal support and similar issues are often a cause of conflict. If one party is not satisfied with the outcome of their court case or an order given by a judge, they may fail to comply. Contempt of court occurs when a person does not comply with a family law court order, leading to potential contempt charges.

Contempt of court in family law involves the obstruction or disruption of a court order or court proceeding. A person may be charged with contempt of court if they repeatedly or continuously fail to appear in family court proceedings and a court decree. Family law practices commonly deal with cases that require defending or enforcing family court orders.

Grounds For Contempt Of Court In Family Law

The Maryland court system requires strict compliance with family court orders, such as spousal or child support. However, an actual court order must exist before a complaint of contempt of court can be made. Violating a written, signed agreement without a court order is not considered contempt of court. At a contempt hearing, the plaintiff must prove that a court order exists and that the valid court order was violated by the offending party intentionally and willfully.

Grounds for contempt of court in family law may include:

Difference Between Civil And Criminal Contempt 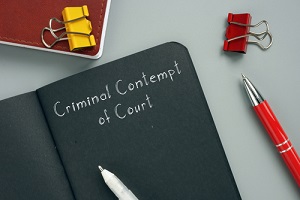 If a person is found to be in civil contempt, the court will issue a valid court order, the individual’s failure to comply with the order and his or her ability to meet required obligations. The defendant may face penalties if found guilty of contempt, such as incarceration and/or the payment of the opposing party’s fines and fees.

Contempt of court also may be referred to in other ways, such as direct or indirect. The court may use direct contempt as a way to maintain order during official court proceedings, such as when an individual frequently disrupts the judge. Indirect contempt is used to obtain compliance with a court order and occurs outside of court. For example, if a parent refuses to make court-ordered child support payments but has the financial means to do so, they are in indirect contempt.

How To Prevent Charges Of Contempt Of Court

Contempt of court charges in family law can have serious consequences for the offender. An ex-spouse or other party can file a complaint for contempt against another person if he or she believes that they have failed to obey the terms of any judgment or court order. There are several ways that a person can avoid contempt charges.

Current Changes to the Law Of Contempt 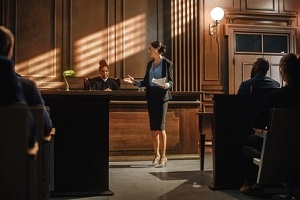 As a result of recent case law in Maryland, there is a major setback in finding someone in contempt for violating a Court Order. Specifically, the new case law says that if you cure the underlying issue before a contempt hearing, you should not be held in contempt. Also, if the Court fails to provide an extremely specific cure for the contempt, then the contempt finding may be improper.

The new case law has created an added dimension of uncertainty to the field of divorce, which makes it even more important to hire a highly experienced Maryland divorce attorney for your contempt case.