How to Divide Assets in a High Net Worth Divorce 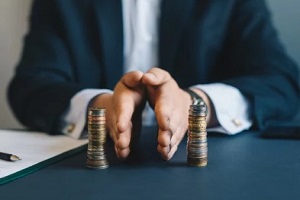 Outlined below is a look at how assets can be divided in a high net worth divorce.

Some assets, known as separate property, will not be subject to division. These assets may include properties owned prior to marriage, as long as they were not titled into joint ownership. Any property received by one party as a gift or inheritance will remain with that party, regardless of when it was received.

For a high net worth divorce in an equitable property state such as Maryland, it is important to understand that equitable does not always mean equal. Equality refers to a perfect 50/50 split, while equitable ensures both parties receive as needed. This may seem more fair in many cases, but it does make the proceedings significantly more complicated.

However, divorcing spouses can choose to divide everything equally with an agreement, which will be honored by the court. In many cases, however, particularly in high net worth divorces, the parties are unable to reach an agreement in which case the court must apportion the marital property for them. The judge will do so in a division that is deemed fair by the court – although the spouses may not necessarily view it the same way. 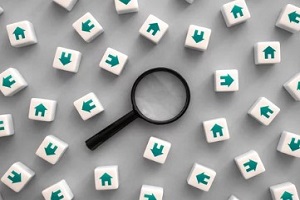 To ensure that assets are divided appropriately, the parties in a high net worth divorce, as in all divorces, must fully account for all mutually owned assets in the disclosure process. This can be particularly challenging for couples who own extensive assets, especially those that are complex such as retirement accounts and investments.

Confirming that the disclosure is fully accurate is imperative to the final division. Failure to include all assets on this disclosure could be construed as an attempt to hide assets. In some cases, spouses in high net worth divorces intentionally hide assets to avoid sharing them with their soon-to-be ex-spouse.

Many divorce attorneys enlist a forensic accountant to uncover all assets. Any spouse found to be hiding assets will not only discredit themselves with the judge, but may face legal action as well.

Valuation plays an important role in the division of assets in a high net worth divorce, whether by agreement or by the decision of a judge. In some cases, one spouse may not have a full picture or clear understanding of the couple’s financial circumstances, placing them at a disadvantage during the division of assets. This can be especially important when businesses, artwork and stocks are involved.

Many couples prefer to keep their divorce out of court by working with their family law attorneys to reach a marital settlement agreement. This is a legally binding contract that outlines how assets such as properties and money will be divided.

These agreements do not end the marriage as a divorce must still be granted by a judge, but they do simplify the divorce process by outlining the division of properties, child custody and support, and alimony. 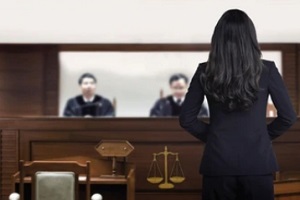 If a division of assets is not attainable outside of the courtroom, a judge will consider certain factors in determining the division of assets. This can vary, but in a high net worth divorce, it is not unusual for one spouse to earn twice as much as the other, if not more.

In this case, the court would presume the spouse who earned double funded two-thirds of the marital assets while the other contributed just a third. This could see a 65/25 division in favor of the higher-earning spouse instead of 50/50.

However, it is important to keep in mind that household labor is considered as much of a contribution to a marriage as earnings are, which could tilt the ratio back into favor of the spouse who did not pursue a career in order to care for their family.

Marital misconduct is also sometimes considered, with factors such as adultery sometimes weighing into the equation. If the higher-earning spouse engaged in an extramarital affair that led to the marriage ending, it is generally not considered equitable or fair for the non-cheating spouse to suffer for the misconduct of that spouse and be left only 35% of the assets.

Schedule a Consultation with the Maryland Family Law Attorneys

Dividing assets in a high net worth divorce can be complicated; having experienced attorneys managing these complex matters is essential. To learn more about protecting your assets, contact the Maryland family law attorneys at SIEGELLAW.