What To Expect When Hiding Assets In A Divorce 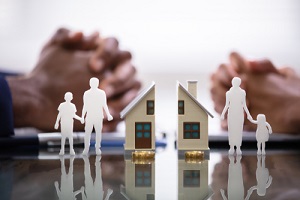 Divorces can be very complicated, especially when significant assets are at stake. One legal requirement for all divorcing couples is a full disclosure of all of their assets, including their income, debt and expenses.

In cases where one partner has greater wealth than the other, there may be a temptation to get creative when it comes to hiding assets to avoid losing them in the divorce.

For example, some spouses may decide to undervalue certain assets, understate their marital property or literally hide assets, such as by asking a trusted friend or family member to keep them until after the divorce. They may also report a lower income than they have or overstate their debts.

The temptation may be even greater in cases where the other spouse is already unaware of certain assets. The National Endowment for Financial Education reports that roughly 31% of adults who have assets with a spouse have lied about money within their marriage, and some spouses may believe that it would be easy to continue this deception in the divorce.

However, lying in a divorce proceeding is not just unfair–it is legally prohibited. When you sign a court document, you are agreeing that its contents are true and correct. Signing the Financial Affidavit that is required in divorce cases is akin to swearing that you have been honest and forthcoming about all of your finances, including your income, assets, debts, liabilities and expenses.

What Are the Consequences of Lying About Your Assets in a Divorce?

The penalties for hiding assets in a divorce vary according to the nature of the deception and the state. However, no matter where the divorce is finalized, anyone who engages in this practice will be considered in blatant contempt of court. 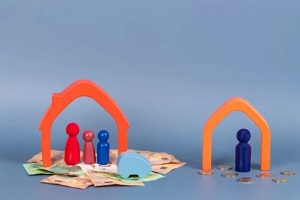 Should a judge discover that a person has knowingly violated asset disclosure laws, they could compel them to pay for their former spouse’s attorney fees, they may issue fines or they may choose to dismiss all of the claims made by the spouse who lied. In very serious cases, a person who has been found to have hidden assets in a divorce case may even face jail time.

A judge may also require the guilty party to pay extra penalties and/or give the opposing spouse a larger distribution in the divorce settlement as opposed to the expected split a judge would have ordered in the absence of the deceit.

Lying about assets or attempting to hide them will cause you to lose all credibility and respect from your judge throughout your case and may give the judge reason to believe that you could be lying about other aspects of the divorce as well. Even if you lied about an asset that is considered relatively small, you will have a more difficult divorce after your deception is discovered.

How Can My Spouse Uncover Hidden Assets?

If your spouse suspects that you may be hiding assets, there are several ways that they could expose you. For example, they could hire a private investigator to observe your activities.

They may also hire a forensic accountant; these financial experts will scrutinize your family finances to determine if any money is being hidden and will uncover secret accounts. They may also be able to determine whether your expenses are greater than the income that you have claimed, which is a strong indicator that assets are being hidden.

In addition, during a divorce, courts allow both spouses to obtain certain types of information during the discovery phase. At this time, your spouse could subpoena your employer and other parties in order to obtain records and bank statements. 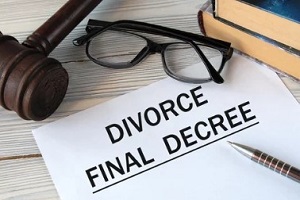 Once the divorce has been finalized, you could still be held responsible if your spouse discovers that you have hidden assets. For example, if discovered, after the fact, that you earned more money than you claimed in the divorce process, or sold a property that you owned during your marriage without your spouse’s knowledge, they may be able to file a motion in court related to the hidden asset and have your divorce case reopened.

How Can I Protect Specific Assets?

If there are assets that you want to protect during your divorce, hiding them is never the answer. Instead, you should work with a family law attorney who is experienced in high-asset divorces to legally protect what matters most to you.

Schedule a Consultation with the Maryland Divorce Attorneys at SIEGELLAW

If you are considering a divorce and significant assets will be at stake, it is essential to enlist the services of family law attorneys who understand the complex matters involved in these cases. To learn more about protecting your assets in a divorce, schedule a consultation with the experienced Maryland divorce attorneys at SIEGELLAW today.