Types of Assets Found in a High-Asset Divorce 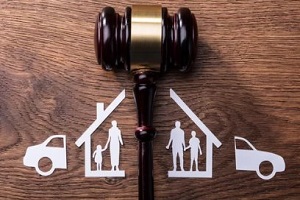 The end of a marriage can be a time fraught with emotion and uncertainty. One of the biggest challenges many couples face is the division of property. Although there is always the potential for contention when it comes to assets in a divorce, the stakes are particularly high for couples who have significant assets with high worth.

This applies not only to couples who have a sizable bank account; it can involve any marital property with a high valuation, such as multiple types of financial assets, business assets or homes.

The most obvious assets in high-asset divorces are bank accounts that carry a high value. These can be some of the most difficult assets to divide in a divorce. While some people believe that only joint bank account accounts can be divided among the spouses, there are cases where separate bank accounts may also be subject to division. Even if certain funds were held in a separate bank account before the marriage, there may be instances where it could be divided, such as if an individual spouse’s name was added to the account later.

Some of the couples involved in high-asset divorces share one or more businesses, and dividing them can be very complicated. There is no set rule for dividing multiple businesses owned by spouses in a divorce; the method will depend on a variety of factors, including how much work each spouse has put into the business.

There are also cases where the future success of a business may depend more heavily on one of the spouses which will be a consideration when it is divided. In some cases, one spouse could opt to buy out the other spouse’s ownership in the business as part of the divorce. 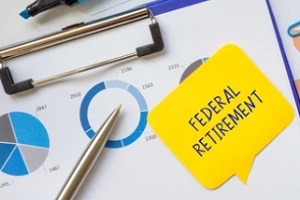 Retirement accounts can represent a significant portion of the assets in a divorce, and the future financial well-being of both spouses may be tied to these accounts. In cases where a spouse invested heavily into their own retirement account prior to getting married, that portion of their account will be considered separate property, but the details of this type of division can vary significantly.

While many divorces across all income brackets involve real estate assets such as a family home, high-asset divorces often involve several pieces of real estate, including a primary residence, vacation homes, land and rental properties.

Property that is considered a marital asset can be divided in several different ways depending on the situation. For example, the couple may choose to sell the property, or they may decide to give certain pieces of property to one spouse or the other. When rental properties are involved, divorcing spouses may agree to keep the rentals and split the income that they generate.

Division of stocks and bonds can be complicated as it depends, at least in part, on whether the initial investment was made before getting married. However, the appreciation in the value of these assets during the marriage can be considered a marital asset.

Many individuals with a high net worth have amassed significant collectible assets such as jewelry and artwork. In many cases, these collections can add up to a considerable amount of money. In cases where certain property was given to one spouse as a gift, such as jewelry, it will normally be considered their property, even if it was gifted by the other spouse.

Art and collectibles that were purchased during marriage could be considered marital property and will need to be appraised. The spouses may choose to divide them, sell them and divide the profits or one spouse can sell them to the other spouse. 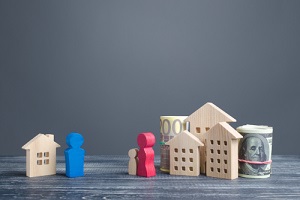 In divorces among wealthy couples, it is not unusual for one spouse to attempt to hide assets. Many times, one spouse manages the finances for the couple, which makes it easier for them to hide certain assets without the other spouse noticing. For example, they may attempt to create accounts using a different name or give high-value possessions to family and friends which are to be returned once the divorce has been finalized.

Hiding assets in a divorce is not recommended. If the legal team of the opposing spouse investigates and uncovers hidden assets, the spouse who hid assets could face serious legal consequences.

Request a Consultation with the High-Asset Divorce Lawyers

High-asset divorces can be very complicated making it essential to be represented by an attorney who has experience in divorces involving individuals with a high net worth. At SIEGELLAW, we can help ensure that your divorce settlement is fair and protect the assets that matter most to you.