What Happens to Your TSP During a Divorce? 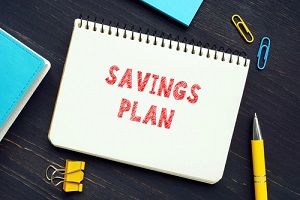 One of the more complicated assets to contend with in a divorce is retirement savings, particularly when one or both spouses are employed by the federal government. Here is a look at what happens to a Thrift Savings Plan, known as a TSP, during and after a divorce.

What Is a TSP?

First, it is important to understand that a TSP is only one part of a federal employee’s overall benefits. It is a type of tax-deferred retirement investment program known as a defined contribution plan that is offered to federal employees as well as members of the uniformed services.

How Is a TSP Handled in a Divorce?

A TSP, as with many other retirement accounts, is viewed as marital property in a divorce. This means that it is considered to be a jointly owned asset from the date of the marriage through the official separation date.

There are two main options when it comes to dividing a TSP in divorce. The most common way is through a Retirement Benefits Court Order, or RBCO, which can be used to divide a TSP with a divorce decree, legal separation or annulment.

Alternatively, a court-approved property settlement agreement can be used to divide a TSP in cases where the divorcing spouses have worked out an arrangement to exchange other assets for the TSP.

RBCOs must be issued by a court of U.S. jurisdiction; this includes any court in one of the 50 states as well as the District of Columbia, Puerto Rico, the Northern Mariana Islands or the U.S. Virgin Islands. In addition, the order must specify that it is for a TSP rather than using more vague terminology such as “government retirement benefits”. 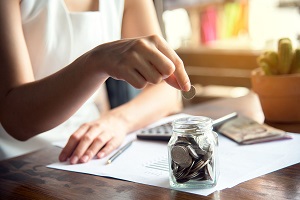 An RBCO may only require that the payment from the TSP be made to the account holder’s current or former spouse or dependents. The payments must be listed using specific terminology with exact dollar amounts or percentages.

It is important to note, however, that a TSP does not automatically follow a qualified domestic relations order, or QDRO, issued by a court. Instead, QDROs pertain to retirement plans in the private sector that fall under the Employee Retirement Income Security Act of 1974, or ERISA. While it may be possible to submit a QDRO to a TSP, it will need to be evaluated by the Federal Retirement Thrift Investment Board to see if it meets compliance requirements.

While the divorce proceedings are underway, a judge may issue a court order freezing a TSP account, which means that loans and withdrawals cannot be made from it until the divorce is finalized.

During the time the account is frozen, any outstanding loan balances are added to the balance of the account in order to accurately calculate the former spouse’s award, unless this was specifically excluded in the court order. In some cases, a separate court order will be needed which permits the TSP to issue to the former spouse the payment they were awarded in the divorce decree.

How Much Of A TSP Is A Spouse Entitled To?

In a divorce, a former spouse may be entitled to as much as half of the marital share of a TSP. The marital share is calculated using the length of time that the employee contributed to the pension after getting married. If one spouse wishes to maintain their TSP, they may be able to offer the other spouse something of equal value instead. This is an issue that an attorney can help to negotiate.

Learn More About How TSPs Are Divided

The official website of the Thrift Savings Plan has information about court orders and powers of attorney, providing more insight into how these accounts are managed in divorces. On that site, federal employees can find checklists and samples of the terminology that should be used in court documents, as well as a list of requirements for an RBCO. 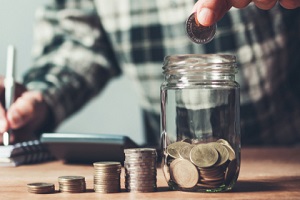 It is also important to review the form TSP-3, which designates the account’s beneficiary. Those who have named their former spouse as the designated beneficiary should change their beneficiary if they are planning a divorce. Otherwise, the former spouse may receive the account upon the federal employee’s death, even if it goes against the employee’s wishes and the ex-spouse gave up rights to the TSP during the divorce.

Divorces involving TSPs can be complicated. To learn more about your rights and the best way to proceed to protect your assets, schedule a consultation with the experienced Maryland divorce attorneys at SIEGELLAW.